From the time the alarm sounds to the time you wrangle your kids into their clothes (and maybe, just maybe, you had the chance to make sure your own clothes actually matched); there’s rarely the time to cook them a healthy breakfast as well – especially if your kids don’t feel like eating just after they wake up.

That’s where school breakfast comes in. A balanced meal full of nutrient-rich dairy, whole grains and fresh fruit served a little later in the morning can have a major impact. Here’s how.

Ask your school about breakfast; if they don’t serve it, refer them to our breakfast grant through Dairy Dollars for Schools. We may be able to offer funds and tips to get their breakfast program started. 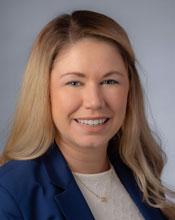 Amanda is a registered dietitian nutritionist who loves teaching others about the relationship between nutrition and health. Amanda has developed and lead numerous classes and seminars on nutrition and disease prevention. When she is not working, Amanda loves to spend time with her young daughter, her husband and her bulldog. Learn more about Amanda.