Choosing to be a dairy farmer means you're open to grueling, and sometimes thankless, work. But there’s deep joy hidden in the dairy life – sometimes it just takes a while to recognize it.

“I never thought I was going to be a dairy farmer,” said Syke Talsma, who ended up doing just that.

Her parents caught the dairy bug when they were growing up in the Netherlands; Hendrik worked on a dairy with his father, and Janstje’s family owned a dairy. But there weren’t a lot of opportunities for growth in the Netherlands, so they both found their way to Texas, where they met, fell in love and started renting a dairy they would eventually own.

They did everything themselves. On their wedding day, after saying their vows in the town gazebo, they had to return to the farm to do the day’s second milking before they could go to their own reception. Janstje rode to the wedding photo shoot in the bucket of their tractor to avoid dragging her dress through the mud.

They loved every minute of it.

Still, they wanted to make sure they weren’t forcing their kids into such a hard life.

“We told them not to become dairy farmers or to at least try something else,” said Jantsje.

Syke considered all kinds of things: marine biology, veterinary medicine, interior design. And she picked up experience in a variety of areas.

“I went out and I was on a rodeo entertainment team, and I worked in retail, and I worked at summer camps and stuff. And those were fun jobs, but you come home and you work on the farm that built you. It makes you feel good. So after college and not being home for a few years, I was like, ‘Nope, this is where I'm supposed to be.’”

Her older brother, Youwert, came back to the farm full time, too. And their other three siblings have all stayed connected to the industry. Baukje is a lab technician at a livestock genetics company. Fetzen works full time as a welder, but often comes to help on the dairy after work. And the youngest, Hylke, is pursuing his degree in ag systems management.

Talsma Dairy is a small operation, by choice; they love being able to work directly with the cows, whether in routine tasks (like milking) or special cases (like building a makeshift sling to help a calf learn to walk).

They hire relief milkers to help one day a week, but the Talsma family does everything else – even build their own buildings.

“Some people will be like, ‘Oh yeah, we had our dream house built.’ And we're like, 'Oh, well we built our dream barn.’”

It’s not easy or glamorous, but the chance to do meaningful work as a family means everything – even though being on call 24/7/365 means they never take a proper vacation.

“But in the spring we're usually doing silages and haylage,” Syke explains. “And it's always been tradition: We go to Dairy Queen. We order like 10, 15 chicken baskets, however many people we have that day. And we just take it out to pasture. Everybody stops. And you're sitting on the tailgate of the truck, or you're sitting on the grass, or sometimes we sit on the hay bales. You just sit there and you enjoy, you take it all in. You're sitting in the shade, you have the nice breeze in your face. The smell of fresh cut grass. Smells and feelings, I guess, you can't get anywhere else. It's not everybody else's ideal vacation, but we consider it vacation.”

“We've had bad days,” Janstje admits. “The dairy business is just difficult. But then you see the grandkids running out there by the calves and it's like, okay. That's why we're doing this.”

Because really, it’s all about sustaining future generations – of Talsmas and of the nation.

“I hope 50 years from now that the dairy still stands here and that we're still farming,” says Syke. “Or Jouwert's kids, maybe they'll be involved in the farm then.”

Hendrik sees a bright future, too.

“I know we're not anything special,” he says. “But we're honest and good people, good workers. And seeing the kids grow up, I'm pretty sure it's going to be all right. They do the job they have to do and don't take any shortcuts. That's the kind of legacy I like to pass on.”

Sounds pretty special to us. 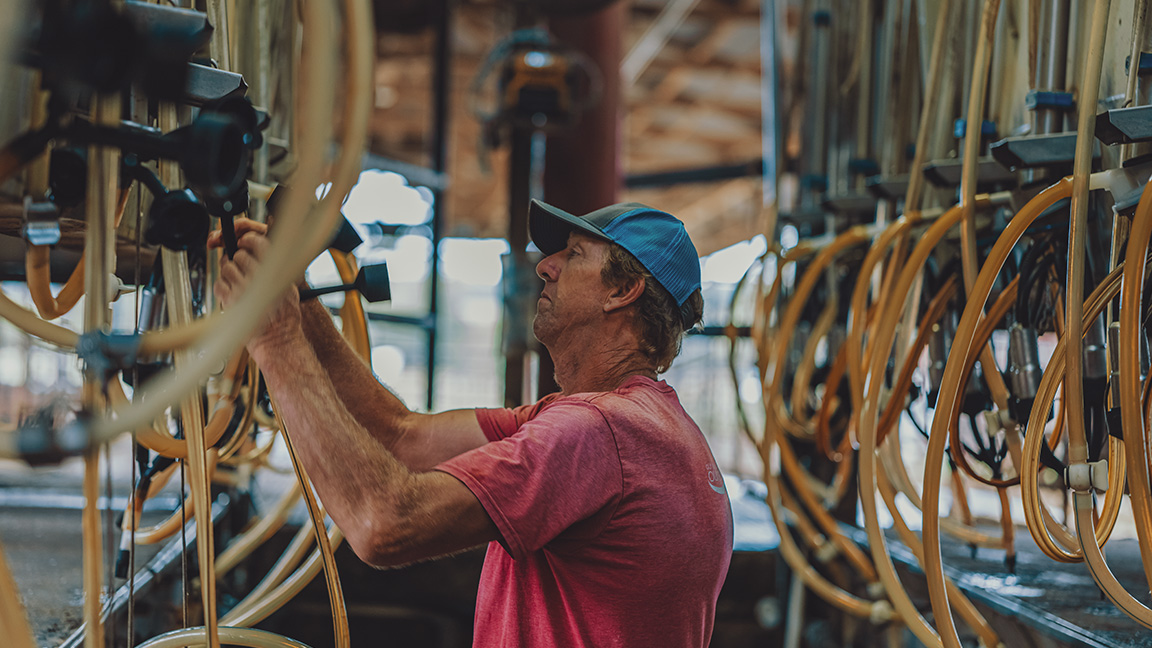 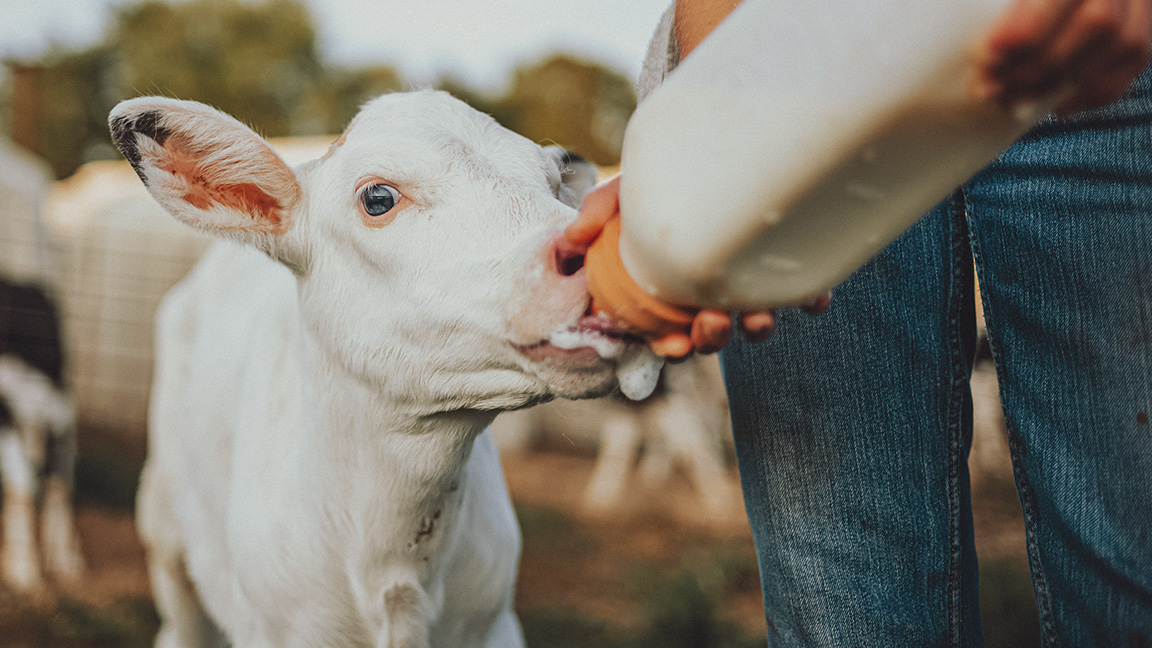 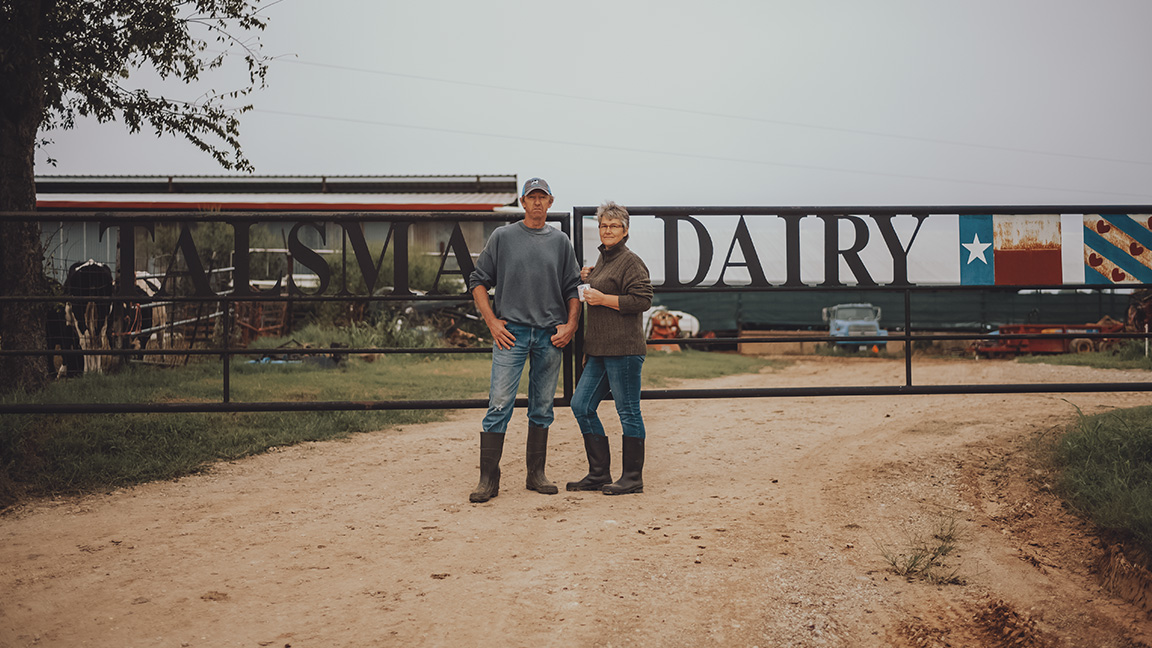