Misty wasn’t a farmer. So when she started dating Sieto Mellema, she didn’t know what she was getting into.

“When he would call and say, ‘I can't come see you this weekend, I have to check the sprinklers,’ I was like, ‘Really, sprinklers are more important than me?’ I didn't know your world revolved around irrigation when you're a farmer.”

Now, “she has embraced farming to the fullest extent,” says Sieto, who proposed within 10 months after they started dating. Describing her as a source of calm in the middle of the storm, Sieto affirms, “she’s probably the best thing that ever happened to me.”

It’s a calm he needs, because the challenges never stop at Full Circle Jerseys. Although they have a cherished team of employees, the family still live and work on the farm and the buck stops with Sieto, Misty and their sons: Tommo, Matt and Mitchell.

“The iPhone was the best thing ever invented – or the worst for him,” Misty says. “His irrigation sprinklers send him notices: the separator, the milking parlor, water tanks ... His phone goes off several times a night, almost every night. But at least he knows that something's broken down instead of discovering it later. So he does leave in the middle of the night a lot. Then he runs in about 10:00, grabs a to-go cup of coffee and something to snack on, and takes off again. And then he usually comes in for lunch and then for supper. He'll sit for about an hour and chill, and then he's out the door again until about 9:00.”

Sieto confirms his crazy schedule: “There's probably more stuff that happens here after hours than normal hours. Our employees are extremely good at what they do, but they are paid employees. They might clock out at 5:00. But with family, a cow starts calving at 5:30, guess what? That's where you're at. You take the good, bad and the ugly. You take care of each other, and you can take care of stuff.”

Yet it’s not just an obligation to him; it’s a passion – one he’s inherited from ten generations of farmers before him, including his father, Tommo Sr.

“Tommo, before he passed away, was sick and in the local hospital here,” Misty remembers. “And he wouldn't settle down in the hospital; he would wander the halls. They couldn't do anything with him. So they let us get him out of the hospital for an hour every day. And we'd drive him through the farm and drive him through the dairy, and they would come to the car with two handfuls of that fresh-cut silage and let him touch it and smell it. And then we'd take him back to the hospital, and he was okay. But that's what he loved, that's who he was and he couldn't stand not being here.”

The Mellemas have combined generations of knowledge with modern technology to build an incredibly efficient dairy, crop farm and beef ranch. They’re even right across the road from a cheese factory that buys their milk, then pumps leftover water from the cheesemaking process back to the farm to irrigate the crops – hence the name, Full Circle Jerseys. The diversification is more efficient for the environment and helps the Mellemas stay afloat even in a volatile economy.

Yet, when the pandemic hit, they faced a frightening unknown. Prices plunged for every one of the foods they produce, as schools, restaurants and meat packing plants closed down. But you can’t simply close down a farm – cows still need food, water, veterinary care and multiple milkings a day. With money going out but none coming in, the Mellemas feared losing everything they had spent years to build.

The stress took its toll, even on the indomitable Sieto.

“Usually, even in hard times, he keeps a really good attitude and always has a spring in his step,” Misty says. “And during this, his body language changed. You would see him walk out in the morning and his posture was slumped and his head was down. And it was just a very dark, hard time. We didn't know what was going to happen.”

But they got through it.

“You get through with faith,” says Sieto. “You hang on to friends and family. Always look for the chance to do better. And even though there are times that all you can do is just survive, just gear yourself toward better times.”

Luckily, there are plenty of better times to be had.

“By and large, we are families that do this, and we do that because we're passionate. Passionate about taking care of our animals and getting a good, wholesome-quality product to town. It's a lot of dedication, a lot of time, a lot of passion.”

Passion for each other – and for the sprinklers. 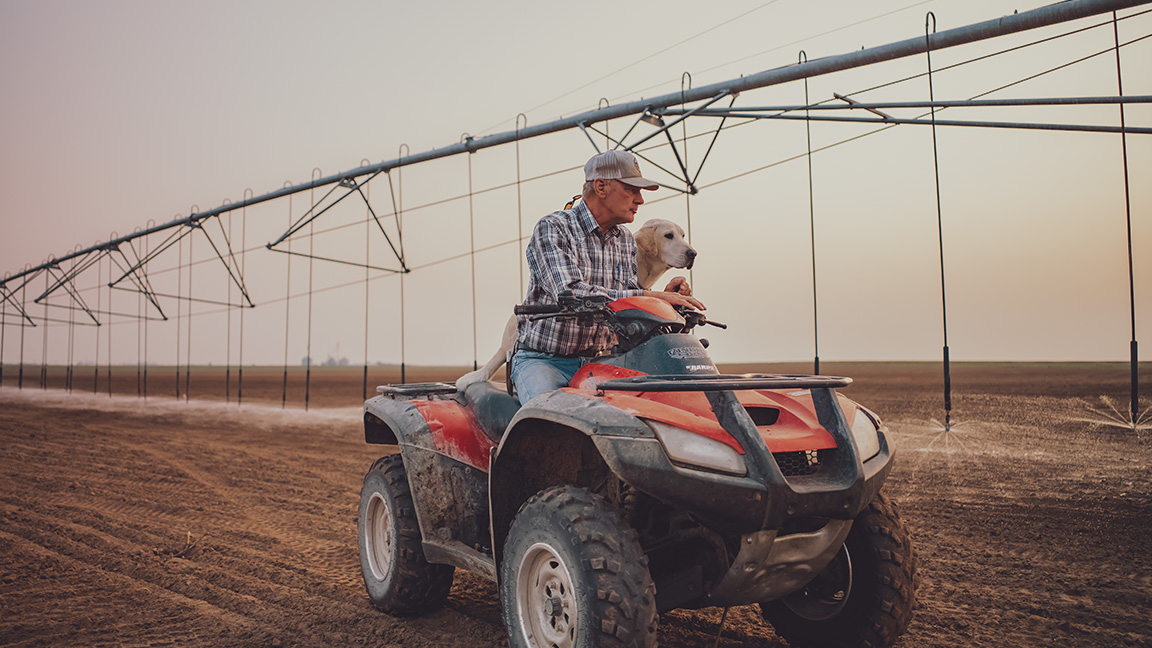 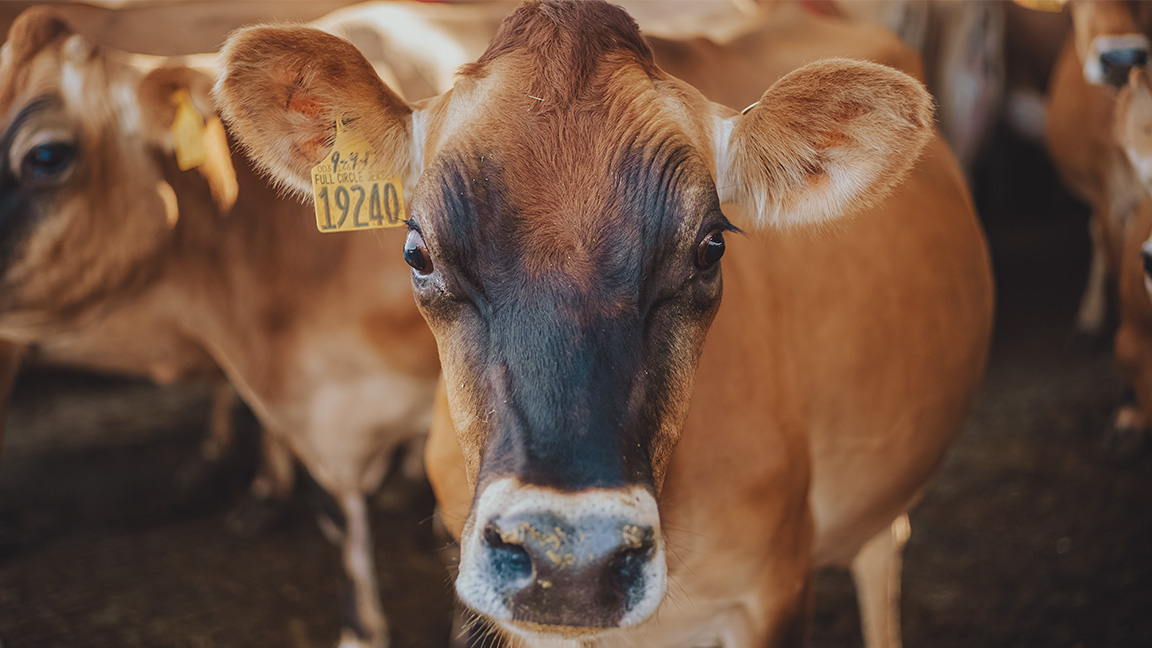 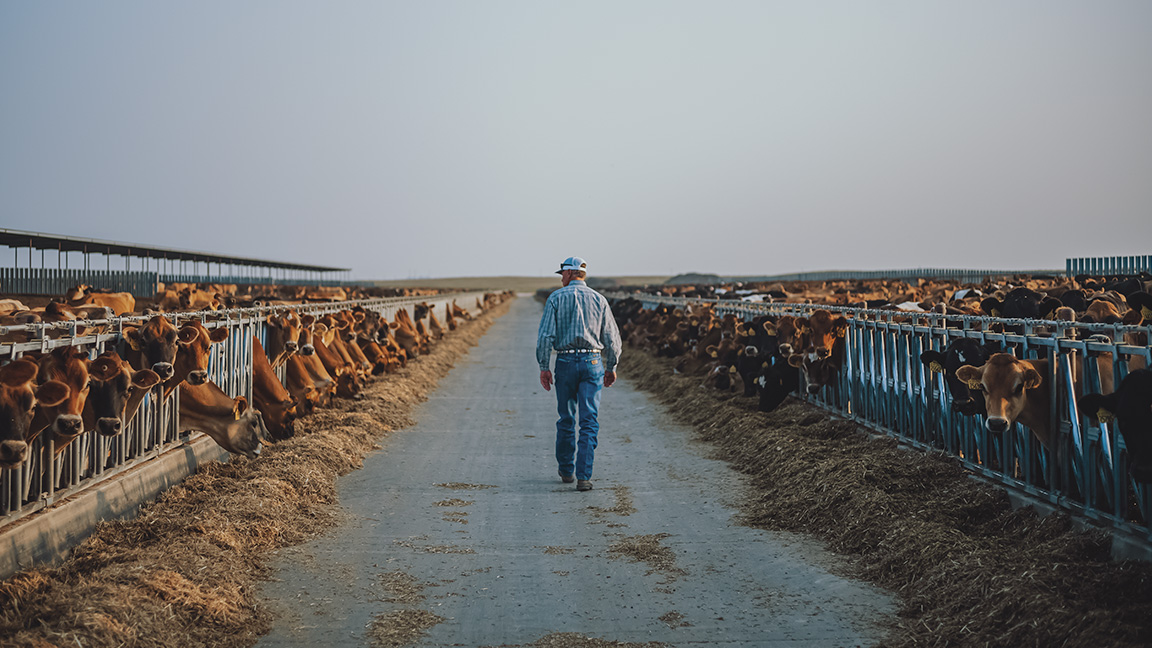