12-foot snow drifts. 50 mph winds. Subzero temperatures. They didn’t call it Winter Storm Goliath for nothing. And when it hit the Vander Dussens’ dairy farm in Clovis, New Mexico, it hit hard. But the Vander Dussens didn’t go down.

The children of Dutch dairy farming immigrants, both Randy and Jenise Vander Dussen are no strangers to hardship. Jenise remembers stories her grandmother told her about hiding from invading German soldiers during World War II by using an escape route underneath their barn. But the grit that got their ancestors through those difficult times must be in their DNA, because the Vander Dussens have kept their family’s legacy alive and thriving through hard work and dedication.

After a stint in California, the Vander Dussens moved to Clovis, New Mexico, where they built Rajen Dairy from scratch – combining “Randy” and “Jenise” to create the name. The operation now sits on over 1,500 acres, where the family oversees a state-of-the-art milking facility, feed crops, a calf-raising crew and more.

But don’t let the size of the dairy fool you. Rajen is still very much a family operation, with the Vander Dussens’ six sons involved to varying degrees. “We're still a family farm; we have multiple family members, multiple generations all working on the farm together,” explains Tara Vander Dussen, who is married to son Daniel.

Tara is more than a farm wife – she’s an environmental scientist who helps multiple dairies, including Rajen, with water conservation and sustainable management practices and also serves as the voice of dairy farming, answering questions and addressing misconceptions on her blog: New Mexico Milkmaid.

Which brings us back to Winter Storm Goliath. Tara started blogging after Goliath amid questions about the treatment of dairy cows. The way everyone came together during this once in-a-century storm was a testament to not only the power of family (both by blood and profession) but also the genuine love these farmers have for their animals.

The blizzard struck the day after Christmas, 2015. The family had been preparing for snow, making sure the cows had extra bedding and would be protected, but the intensity of the storm was unprecedented. Roads were impassable and visibility was zero – people were getting lost on their own farms – but the Rajen Dairy family worked together over those brutal 48 hours to make cow care a priority.

Daniel Vander Dussen explained, “Employees came through for us. They were willing to work, coming in the snow, staying overnight, sleeping in offices on the ground, on couches and chairs.” The work itself was grueling: They were constantly clearing snow from the feed and putting fresh feed down so the cows had access. Frozen troughs had to be thawed so that there was fresh water for the cows at all times, and the cows still had to be milked.

According to Randy, “It was all about the cows. They come first. Simple as that.” Jenise agrees, saying, “I think like any other dairyman, you want to do what's best for your cows. And so that's what you do.”

When Jenise says, “that’s what you do,” she’s referring to more than a crisis like Goliath. She’s expressing the kind of steadfast passion at the heart of the dairy farming profession.

As Tara explains, “We always tell people it's not a job: it's a way of life. And I don't think there's a truer statement than that about dairy farming.” 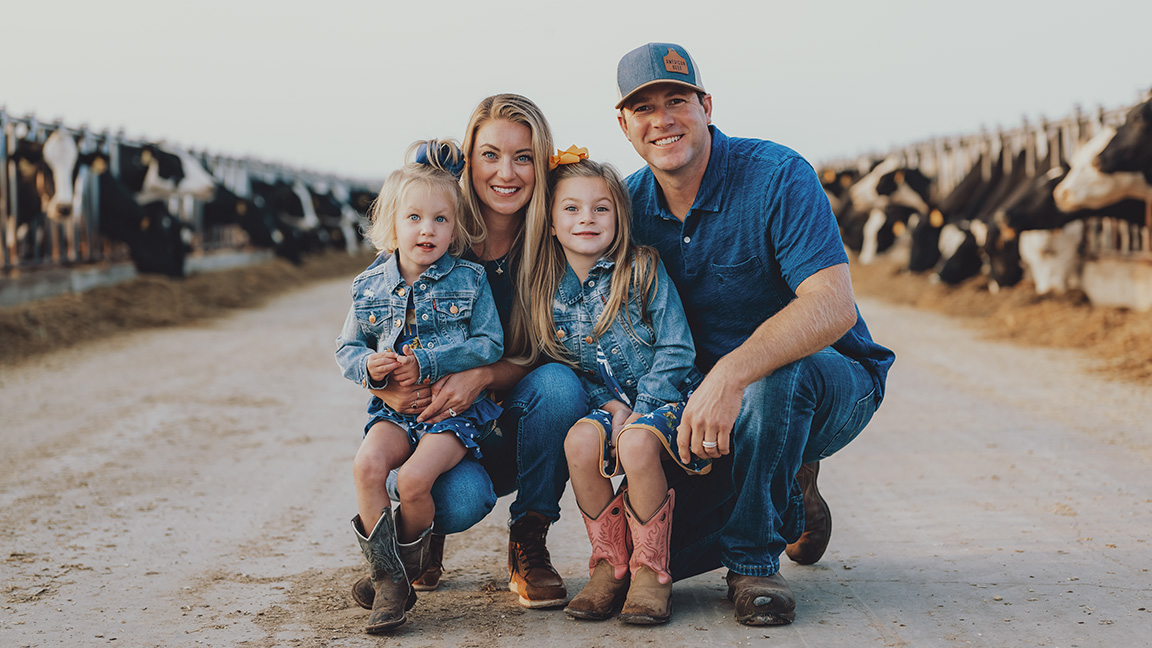