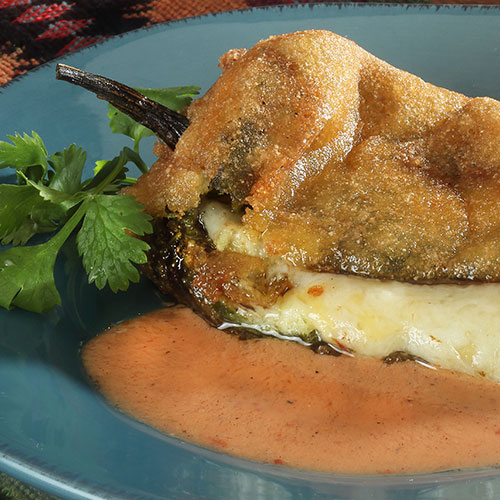 Using a broiler or open flame of a burner, char the peppers. Place in a plastic bag to steam making them easier to peel. Peel off blackened skin from pepper and make a slit in the sideof each one. Remove as much of the ribs and seeds as possible.

In a bowl combine the cheeses. Fill the peppers with as much cheese as they can hold, still allowing room to close them.

Fill a sauté pan halfway with oil. Heat to medium-high, about 375°F.

Separate the egg whites and yolks. Beat the egg whites to soft peaks, and the yolks until lightand frothy in a separate bowl. Fold the yolks into the whites; add the cornmeal and season with salt and pepper. Dredge each pepper in the batter and lower into the hot oil.

Cook each side for 1 to 2 minutes, or until the batter is golden brown and crispy. Turn and cook on the second side. Drain on a paper towels. Repeat with remaining peppers. Serve warm with Charred Tomato Sauce.

*To make this recipe a little easier, you can prep everything in advance except the batter. Mix the batter just before dredging the peppers so it is as light as possible.

*This is a basic recipe; consider also stuffing the peppers with cooked ground beef, sautéed vegetables, or other cheeses.

Preheat the broiler. Line a baking sheet with foil. Slice the tomatoes in half lengthwise and place skin side up on the foil. Broil until the tomatoes have charred.

Remove from the oven. Place chiles on the foil and return to a lower rack of the oven for 1 minute just until warm.

Place vegetable broth in a small saucepan and heat to a simmer. Place tomatoes and chiles in a blender. Add vegetable broth just to cover and blend. Add the Greek yogurt and lime juice; pulse together; add remaining broth. Season with salt to taste. Do not reheat as the sauce will curdle.

*Spoon this sauce over homemade Chile Rellenos, or use as an easy enchilada sauce, as a marinade for grilled vegetables, or simply as a salsa. 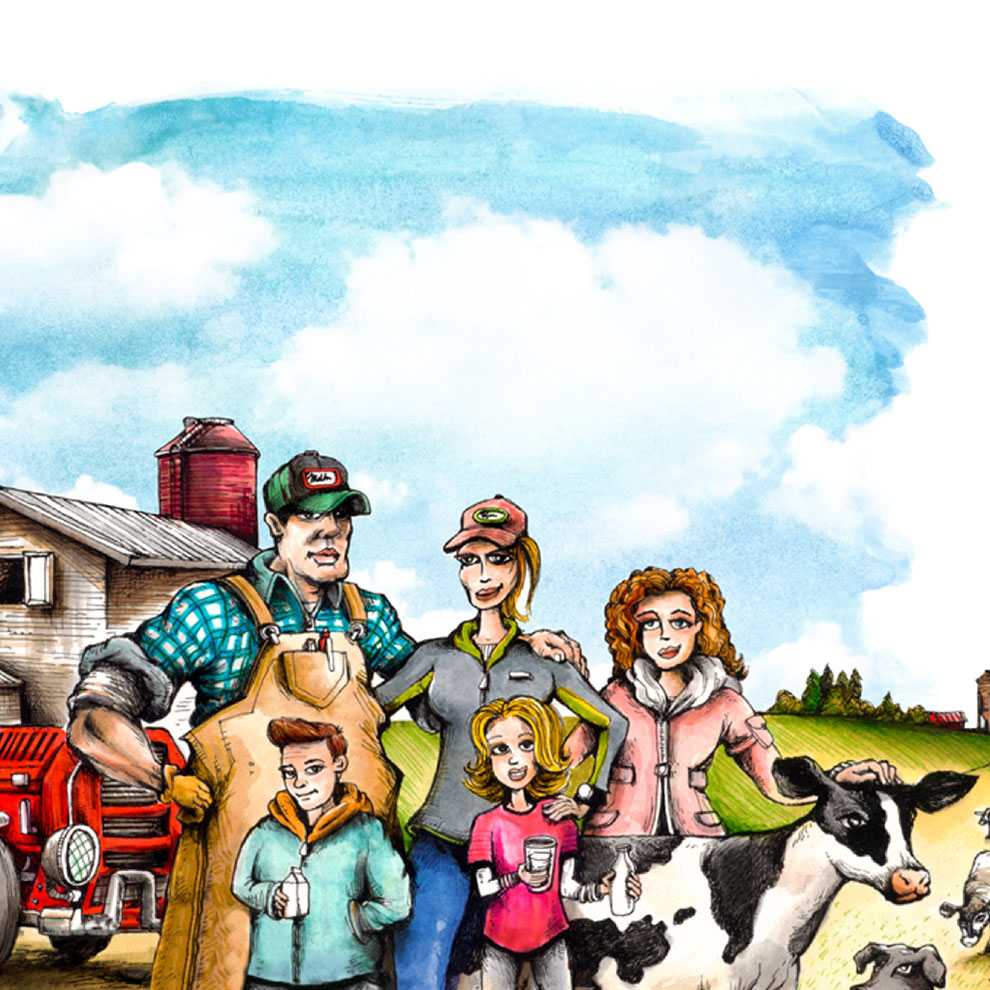